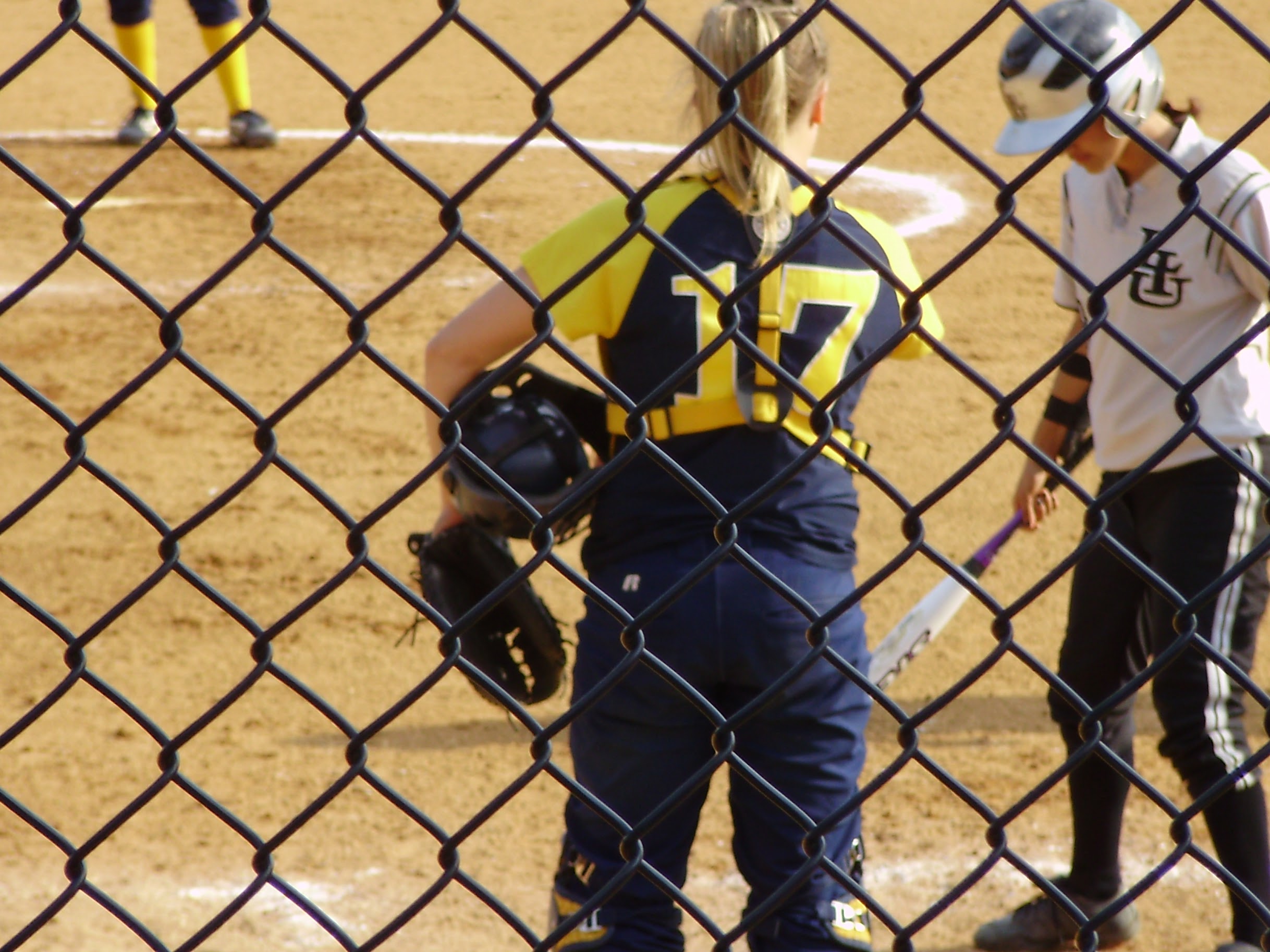 It was the Fall of my sister's high school senior year. She was looking at colleges to go to the following year. She had found a school that she decided she wanted to visit so that she could both play softball and go to school for the major she intended to work towards. The school she was looking to go to was in Lynchburg, Virginia.

I still remember the drive that we took down to visit the school in Virginia. It was a 10 hour gorgeous ride. The leaves were turning, and we were traveling through the beautiful Blue Ridge Mountains.  The school was in a little college town in the middle of the mountains. It was a huge campus. There were students everywhere and everyone was friendly. They had an exciting campus and even had a football team. It was the big school atmosphere that I had always pictured myself going to. I knew that I wanted to go away to school in a place that had great weather. You see, we lived in Buffalo, New York where it was super cold. Our area had a reputation for bad weather, especially during the Spring season (aka softball season). I wanted to go to a big school and also wanted a Christian university that shared my values so that I could go deeper in my faith.

Being that I had not yet decided what my major was going to be and seeing that all of the things I wanted for life after high school were met at this university in Lynchburg, Virginia, I had already made up my mind and knew for sure that I was going to go there. I often teased that I had already made up my mind of where I wanted to go to college before my sister did! I loved the school from the moment I saw it and verbally committed with the softball coach as soon as I was able.

Soon enough I was a freshman in college.  It was my turn to experience life at this university. I remember going to that school time and time again to visit my sister all while getting more and more excited to go to the school myself. I started my first Fall of classes. It was a great experience. I started out really loving the college and atmosphere. I loved my classes and learned a ton of important information that I still use to this day, however I began to see that I was pretty distracted in the large lecture halls and my grades were not as high as they should have been. If I wanted to talk to a professor, I’d have to go through a graduate assistant. Prior to college, I was used to smaller classrooms and had great connections to my teachers and school. I thought I would love being in a big school, but when I was actually immersed in it, I found many qualities about it that I did not love as much.

Toward the end of my freshman year I finally decided that I wanted to be a physical education teacher. New York State has a wonderful teaching education system, and I knew I would want to go back to New York State to teach because they had great benefits and teachers could live a comfortable lifestyle with their pay. I began to realize that it didn't make sense for me to take a teaching degree in Virginia. I would go back with no connections and a certification in a different state. I also realized that being far away from my family was difficult. It wasn't just a quick hour drive to go see them.  If there had been any emergency that happened it wouldn’t just be a quick drive home to see them. Coming back home between breaks with a 10-hour drive was always an adventure. I still remember getting the flu right before the way back home from Winter break. We would have to make many stops as I would be getting sick on the drive. On the way back to school from break, not only did my sister end up having the flu that time, but we also were driving in a snowstorm which turned a 10-hour ride into a 14-hour ride as Virginians weren’t as experienced as driving in the snow as us Buffalonians. Lastly, as you have read in other posts, softball didn't go as I had hoped it would my freshman season. 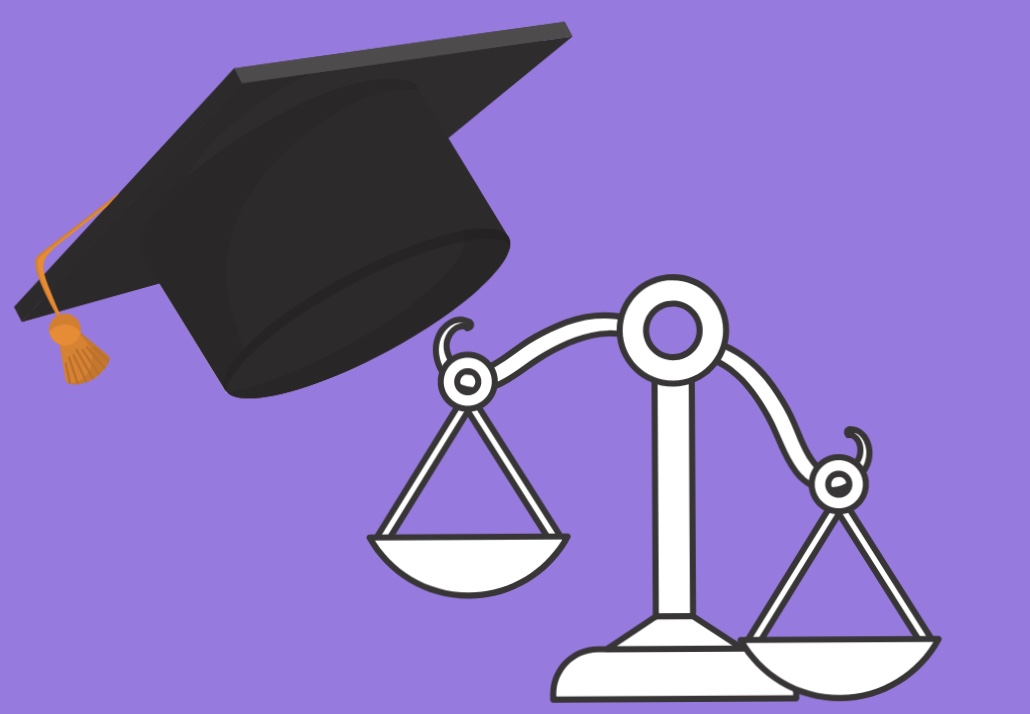 Taking all these things into consideration, I decided that it was in my absolute best interest to transfer. My fear before I had made the big decision were that people would view me as a failure. Would they think that I completely failed at softball and that I wasn't cut out to play Division 1 softball? Will they think that I'm coming back for my boyfriend who was in Buffalo, New York? I was afraid of the stigmas associated with transferring.  I didn't want all of these bad opinions to be my new reputation. I struggled with this for some time and still don’t love to tell people I transferred after my freshman year of college because the follow up question always supersedes: Why did you transfer? Whenever I explain my reasonings, it always feels as though I’m defending myself from preconceived notions. I soon began to realize that it really doesn't matter what other people think. I had to overcome what others might think in order to do what was best for me. Although some people don’t love that people transfer schools, I am so very thankful for the opportunity it provided for me.

The next year was fastly approaching and after getting my release from school, I decided to transfer back home. I transferred to a school that had a great education program, was small and  a school in which I knew that I would be getting a coach that would trust me. He recruited me since I was a really young player, and I knew that he understood what my capabilities were. That sophomore year went so much better than freshman year.  My grades skyrocketed and I was much more focused. I was able to make connections with my professors and get the most out of my education, which paid me back tenfold when I graduated with a full time job right away. This opportunity gave me a fresh start and allowed me to see a different perspective. I began to appreciate absolutely everything that came my way from academics to softball.

It was so awesome to be invested and living at college while also able to come home for a dinner on the weekend if I wanted to for a home cooked meal.  My parents were able to see every single home game in our city because it was right in their backyard. I valued my parents coming to my games so much and took that for granted prior to college. Although they tried their best to get there my freshman year, they weren’t able to get there every game because it was at least 10 hours away! 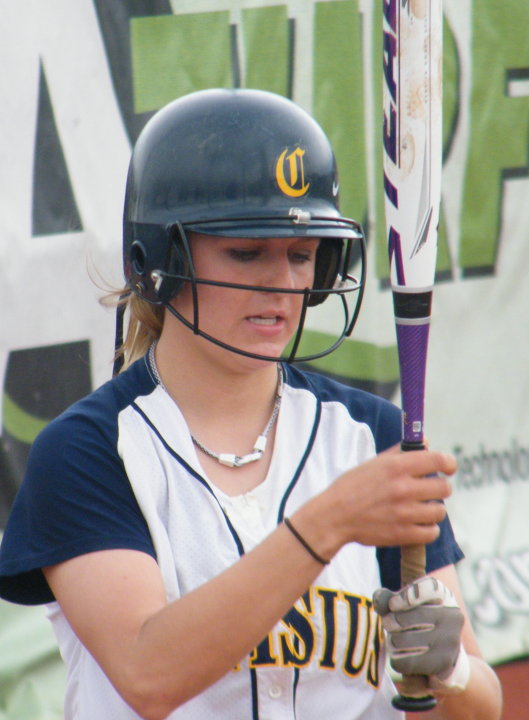 When looking back I absolutely have no regrets that I transferred schools after my freshman year. Often times people look at transferring as a negative thing and believe that I might become resentful against the prior school I attended, but if I didn't go to that university in Virginia to begin with, I would have never known what it was like to go away to school at a big university. I would probably always would have wondered for the rest of my life what would have happened if I went to another school. I'm so glad I had that opportunity in the end moving and transferring schools to Canisius College.

People don't really care about our decisions and you realize that if people do care and judge you, then maybe they aren’t people that you should have in your life as support. So as you are thinking about what you would like to do after your high school career understand that if something doesn’t work out, you can always make adjustments. These choices don't have to be permanent if they end up not being the right choice after all.

Although this decision is important, avoid sitting there stewing over all the doubts you have. Do what is best for you. Make a choice that you know in your gut that you want to try and if something doesn't work out, it's not the end of the world. Everything is a learning experience. This is your opportunity to go off on your own and spread your wings. No matter what happens, you will grow from this situation. If, in fact, this is not the right choice you'll be able to be strong enough to get up, dust yourself off and go to another, more appropriate choice for you with appreciation for that opportunity and no regret.

I am so thankful for both of my college experiences at two different schools. If I had to do it all over again, I would not change a thing. I learned so much from my freshman year of college, and I am so appreciative of my sophomore through senior year years. Don't hold back. Make your decision and realize that there are always opportunities out there for you. Everything happens for a reason.